Marketing Campaigns That Failed Miserably Across The World

Marketing campaigns can fail many times. The main reason behind it is you must be targeting the wrong customers. You haven’t done any research about marketing and the goal is unrealistic. These are some of the reasons marketing campaign fails.

There are times when one company thinks of a great idea but when they implement it sometimes it can go wrong. It leads to marketing campaigns failure.

There are times when it is not in your hand. It also does not depend on how you have executed the idea. Sometimes the notion is not straight for the marketing campaign, is going to fail miserably.

Nowadays, marketers are trying to think of new ideas, thinking about different ways to get potential customers. There is a war going on in the market over who will win the marketing game. The competition is very strong and sometimes companies choose viral areas in the digital media and it leads them to fail. It does not only happen to the small brands but also big brands commit huge blunders. It can lead to marketing campaigns failure.

In the last decade, social media marketing is coming into play at a very high speed. Every company is trying to give a hand in social media marketing. But there are times when marketing campaigns have failed miserably due to some video or an advertisement related to religion, caste, race. These things have given many problems to the companies. Occasionally, people don’t like these kinds of advertisings. Many instants, the company has apologies in the market for all these things. These things make them meager in the market.

In the age of digital media, every eye in the market is locked onto a brand’s move. Not only for one time, but it is looked at every single time. Not a single step is missed by the people. Big brands do brand awareness campaigns but if the campaign is not good and related to something uneven then the market will not take it. At these times, big brands also struggle and get backfires by the people and from their competitors. So, sometimes marketing campaigns fail due to irresponsibility.

Here are some of the examples of marketing fails:

You all know that Colgate is known for its toothpaste all over the world. You will be amazed that a long time back Colgate tried to make frozen food. And launched it into the market. This is a marketing campaign by Colgate.

Now, for the last 50 years, people have been using Colgate on the bathroom shelves but suddenly they launched frozen food. They might have succeeded if their first product was not good. But they failed miserably. This led to many problems in the company that no one was buying their product. So, after some time they had to discontinue the new product.

Here companies have to learn a lesson that if you are launching a new product then try to launch it with a new parent name. Separate the old product name with the new one. It will create a new opening in the market that very few people will know of the company’s old name. This will allow the company to gain new customers and become famous from the other side of the market. But take one thing in mind that many companies have that product only as of the main product which you have launched. So, it will be a difficult task to sustain in the market but if you get the flow then it is very easy.

Related to all these areas, Draftss can help the company to start a new business from scratch. They provide unlimited digital marketing designs. It will help the company to get a start in the digital world. Also, there are many other services provided by Draftss which can make your website look nice as per your product.

The marketing campaign is the kind of thing that sometimes creates a great influence on people but sometimes it gets many backfires. This happened with Sony, as when they made an advertisement related to their new white PSP device. The advertisement failed abysmally. It was a big mistake done by Sony. The theme of the advertisement was a white lady contrasted with an individual of color, addressing the new white PSP model’s ruling over the dark compact control center. While Sony didn’t plan to be bigoted, But the reality was that people were annoyed by the photos themselves. The worst thing here was that instead of apologizing to the people they tried to defend their advertisement. That created more backfires on the company. So, it is clear from this that big companies also make big mistakes. Companies have to learn a lesson that when they are very famous in the market then they have to be careful with every step they take.

There was a time when the dove was featured in the positive body image “Real Beauty” campaign.  As it featured real women in a positive light. It was also considered an empowering campaign.

Truth be told, the mission has been running for a very long time and is generally noted as one of the best advertising efforts. The organization is endeavoring to assist with supporting a positive self-perception for ladies.

Then, at that point, the company took care of business. In England, they delivered restricted release bundling intended to introduce different portrayals of female bodies. Their bundling contrasted ladies’ figures with unique, indistinct cleanser bottles. The bundling sent some awful messages. The delivery turned into a zinger and a wellspring of veritable worry on friendly stages like Twitter and Facebook. They just delivered seven unique shapes to look over, compelling ladies to pick the container that coordinated with their mood. Rather than supporting a solid self-perception, it wound up expanding reluctance.

So, all the things related to the marketing campaigns can be fulfilled by using Draftss. If you want a good experience and want to improve productivity then Draftss is the best website for your business. If a company wants to start a WordPress Website then draftss can help them to get going with it. They have many services and widgets available to make the WordPress website look amazing as per your brand.

Some of the services delivered by Draftss are unlimited graphic designs, WordPress, Webflow, HTML, Illustrations, Websites, and many more. Draftss provide more than 73 types of layouts and code services. 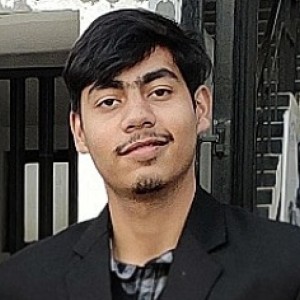 Aesthetic Development For Your Brand