Share on twitter
Share on facebook
Share on whatsapp
Share on linkedin
This article explores some useful Adobe CC Alternatives available for free. If you wish to use the Adobe CC to edit videos, mix sounds, or they even produce special effects. That you either have to pay $20 for every individual application or pay $50 a month to gain access to the entire suite. Using these, you can create your own suite of applications to excel in your creative projects.

One of the good Adobe CC alternatives, this is one of the few editing applications that has image management in it. Capture One Pro is the professional RAW converter which offers more superior image. Quality over the competition with sharp colors and accurate detail. It supports more than 400 cameras right out of the box. This app also provides a powerful tethered capture feature that is quite better than Adobe. Powerful digital asset management, extensive set of adjustment tools, and a flexible workspace.
Capture One couples a powerful image processor and robust image management. And implements them more effectively. If robust colors and getting the most out of your images is your aim, you should give Capture One a shot. 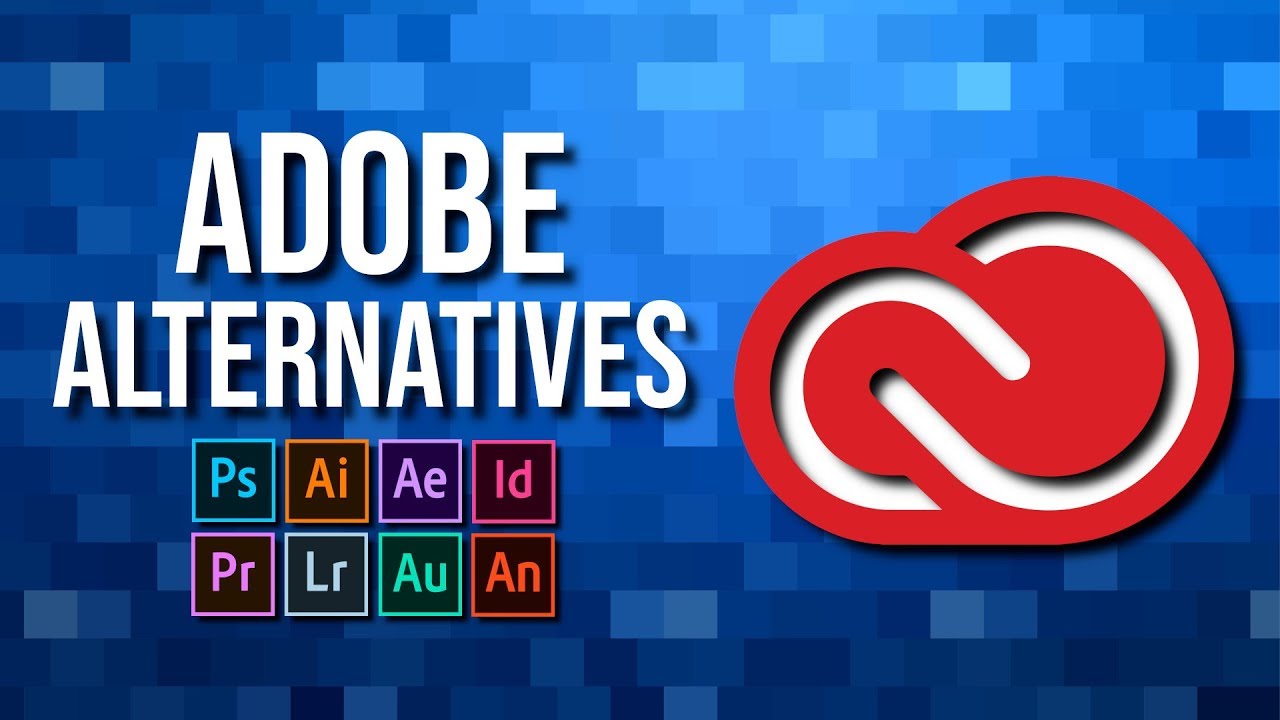 In just a brief time Affinity Photo has gained popularity to become one of the foremost Adobe CC alternatives. The parent company, Serif, known for its budget-priced image and vector programs for the last few years. Affinity brought something unique that previous products did not. It offers a professional grade product for a pocket friendly price.
Affinity Photo has tons of features including unlimited layers, a frenzied RAW editing workspace. 360 Degree Editing, Full HDR merge support, and a whole tone-map workspace. Also as RGB, CMYK, LAB, Grayscale color space with end-to-end CMYK workflow with ICC color management, and 32-bit editing. Often known as “the fastest, smoothest, most precise vector graphic design software available.” Designer gives a stiff fight as one of the best Adobe CC alternatives due to its vector editing heart. This app makes you feel at home if you already use Photoshop as your main design driver. It provides a clean, modern, and intuitive interface in contrast to the Classic Adobe Illustrator UI.
Affinity Designer binds together some good aspects from both Photoshop and Illustrator. As it provides the extensive sets of vector drawing tools with many basic pixel-based manipulations. Affinity Designer will redefine your creations if you’re working on the graphics for marketing materials. The icons, websites, UI design or like creating cool concept art. Since its launch in October 2014, the application has received many updates. Including hundreds of latest features and improvements.

DaVinci Resolve 12 comes with both free and paid versions, and the free version can do most everything you would need. The paid version DaVinci Resolve 12, called ‘Studio’. Includes features such as real-time noise reduction, 4K output (free and limited to UHD). Multi graphics card rendering and Stereoscopic 3D capabilities. The latest release branded by Blackmagic as a real Non-Linear Editor; which helps you edit a feature film or television program, and grade it as well.
It stands up to its promises and provides an extensive list of presets that match Media Composer, Premiere Pro, and FCPX for converts. This application gives you the flexibility to scale your editing to enhance the production value of your video. To sum it up, this is an editing and color-correcting powerhouse available for free.

Fusion is an image compositing software program developed by Blackmagic Design. It follows Resolve in providing a very handy and capable free version as well as a Studio upgrade. Fusion Studio brings in features like optical flow tools for advanced re-timing. Stabilization and stereoscopic 3D production, support for third-party plugins, and network rendering.
The free version of Fusion comes with an extensive range of visual effects as well as a motion graphic tool set, apt for personal or commercial work. It uses an infinite 3D workspace and a user friendly node-based interface. In which complex processes created by connecting a flowchart or schematic of many nodes. As well as each of which represents a simpler process like a color correction. Its compositing interface offers great flexibility. Including the ability to edit the parameters of the earlier images processing step while viewing the final composite. Fusion has been a popular visual effects and motion graphic tool for over 2 decades and has used in acclaimed film projects.

Reaper (Rapid Environment for Audio Production, Engineering, and Recording) is one of the best-kept secrets in audio. With a nonresistant marketing strategy, REAPER takes an edge in the DAW industry. It helps you work on all kinds of projects including electronic music as well as the audio recording, mixing, mastering, sound design, live performance, podcasting, audio stories, and subtitles time-coding.
It comes with a scalable workflow to meet both amateur and professional standards with the adaptability to use most plug-ins. Reaper is efficient as well as fast to load, and can installed and run from any portable or network drive. It offers 64-bit internal audio processing along with features to import, record, and render to many media formats, at multiple depth and sample rates. Moreover hundreds of the studio-quality effects for its processing audio and MIDI, and built-in tools for creating new effects make it stand out from the crowd. However some other note-worthy features are automation, modulation, grouping, VCA, OSC, scripting, control surfaces, custom skins and layouts.
PrevPrevious
NextNext